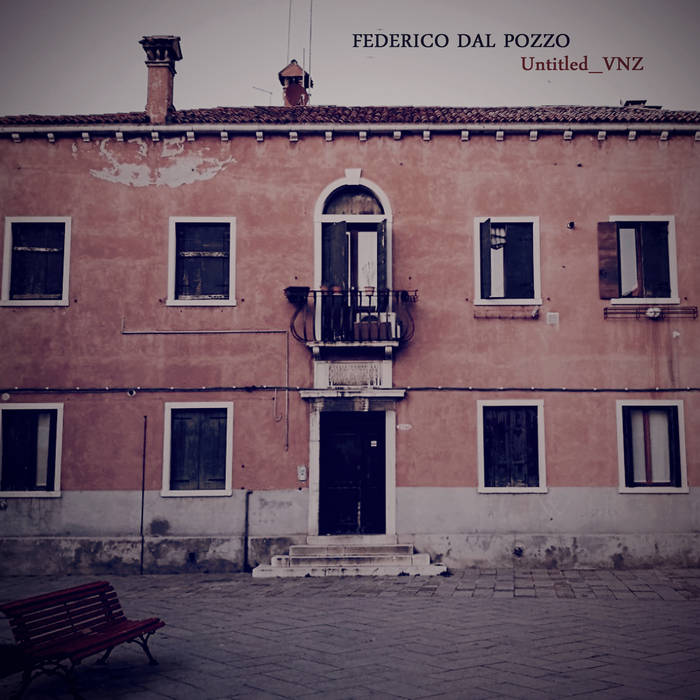 “Untitled_VNZ” is an acousmatic concert dedicated to Venice and its sound. A sound that vibrates of water, stone, re, metal , all of which in a continuous movement of sensorial and mnemonic evolution. Time becomes water that collects re exes of our hearing and later absorbing to design a story of echo in new notions of forms. An orchestrated composition from the city's topology, a city that makes one think of music papers in a continuously played music: the scores come together like sea waves, the pentagram bars are canals with its numerous “legato” of bridges, of high churches windows, and let's not forget the violins on the edge on the gondolas. Its Music is bigger than the orchestra, and there is no hand big enough to ip the score sheet.

BIO:
Federico Dal Pozzo (Venice,1976) lives in Turin, Italy. Concrete composer and musician, studied drumming with Mario Bracco and Vittorio Panza. In 1999 he joined the DADADANG (percussion parade in motion) with he has playing around the biggest festivals in Europe and beyond (Moscow, Paris, London, Graz,...). In 2007 he graduated in ''Audio Recording and Music Production'' in Recording Workshop (Chillicothe,Ohio_U.S.A.) and he studied ''WaveField Synthesis'' with Hubert Westkemper (Milan-Italy). In 2014 He studied in Corfu (GR) at “Summer Academy of Electroacoustic Music and Live Electronics” with Annette Vande Gorne and Theodoros Lotis, and “Improvised Music in small and large Ensemble” with Carlos Zingaro (2014, Atouguia da Baleia-P). In 2016 He studied “Intuitive Music” with Markus Stockhausen (Venezia-IT). His works, appointed “Untitled_”, are based upon concrete objects and the transfiguration and perception of the sound and audio- spatialization. He's a Sound Designer in various theatre and dance companies in Italy, France, Belgium, Israel. He works in various Italian Foundations for Audio- Installations and Live Performance (Fondazione Sandretto Re Rebaudengo, Castello di Rivoli, Promotrice dell Belle Arti,The Others,...) and Live Performance around Europe.

Sound space of calm and slow music
::::::::::::::::::::::::::::
Why digital albums are available as name your price? We trust listeners and we give them the chance to listen to an artistic work and pay as they feel. Like in many art galleries in the world: free entrance – free offer exit. ... more

Cannibal Corpse's George "Corpsegrinder" Fisher stops by for an interview